Join us on our latest episode as we take a musical tour of Disney’s Animal Kingdom. From the original songs in “Finding Nemo – The Musical,” to the African street party taking place in Harambe, to the soothing sounds of nature that can be heard as you enter the park gates, we discuss the original music that creates the mood and atmosphere for Walt Disney World’s newest park.

Also on this week’s show, we reveal which restaurants are moving on to the Sweet-n-Savory Sixteen in our Munch Madness tournament. (Once you’ve listened, be sure to vote for your favorites on our Munch Madness page!) Plus, we look ahead to Walt Disney World “In the Year 2071.” Come join the fun now!

We’d love for you to connect with us online. Find us on Instagram (@madchatters), Twitter (@MadChatters), and Facebook (@madchatterspodcast). Or you can email us at comments@madchatters.net. Thanks for listening!

I was a legal adult the first time I stepped foot in Walt Disney World. So, naturally, my best memories from that first trip include the thrill rides, the park hopping, the feelings of nostalgia, the late-night entertainment, and the food. Ah, how well I remember the food . . .

As I continued to return in the years that followed, I always made a point of hitting up my favorite things, like Wishes and Spaceship Earth, and avoiding the attractions clearly not aimed at me. (Thanks but no thanks, Disney Junior: Live on Stage.) Oh, and of course I always made time to squeeze in some fine dining.

Just about the time I had perfected the art of Disney World vacationing, a curveball was thrown my way. My entire family would be making a two-day trip. Yep, parents, siblings, spouses, and my nephews and niece. 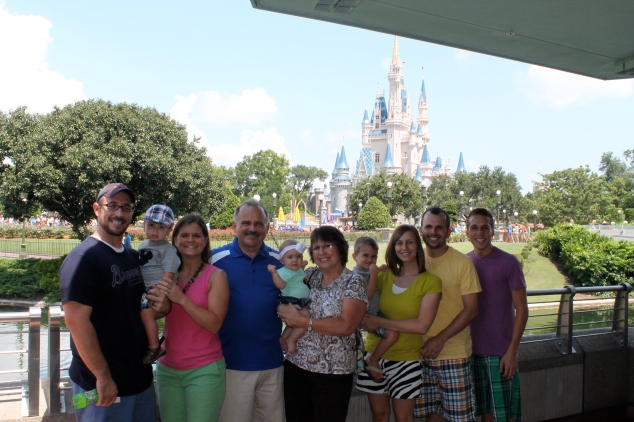 While I was excited to be able to experience the world (big W) with some of my favorite people in the world (small w), I also was a bit nervous about traveling with small children for the first time. Would they slow us down? Would they throw fits? Would they get tired and want to leave by 4:00? Would they prevent me from riding Space Mountain? Would they enjoy the charm of It’s a Small World and Peter Pan’s Flight as much as I do? Would they appreciate the theming and architecture of the Africa area in Animal Kingdom? (Okay, I was pretty sure I knew the answer to that one.)

In all of my mental preparation, though, one question never even crossed my mind: Would any attractions be best to avoid because of the psychological trauma they would inflict on the children?

Thanks to a little 3D show called “It’s Tough to Be a Bug,” the answer to that last question was a resounding yes.

In those two days, I got to see the parks through a child’s eyes, and until It’s Tough to Be a Bug, I loved what I saw. But from the moment that frightfest started, all I wanted to do was escape that dark underground theater, feel the sun again, and maybe hug my parents and tell them how much I love them.

Let’s take an inventory of all the frightening aspects of It’s Tough to Be a Bug:

And that doesn’t even include the scariest part. When the audio-animatronic version of Hopper the grasshopper popped out just feet from my family, my three-year-old nephew gave an ear-piercing scream that said to me, “Uncle Derek, I can’t believe you brought me into this torture dungeon. I will spend the rest of my life trying to feel happiness again.”

It also didn’t help that the theater was full of other children’s screams, which just added to the effect of feeling like I was in a gas chamber of death. I’m just thankful for small blessings, like the fact that my nephew was sitting on my mom’s lap, which meant (A) he couldn’t feel the bug’s stinger near the end of the show and (B) he could hold on to her for dear life.

Now, there are a few caveats to this story. First, I love It’s Tough to Be a Bug. I think it’s a fun little show with really creative elements. I just know now not to introduce small children to it.

Second, I probably should have known better than to take my nephew to see it. Just an hour before, he had been nervous about meeting Winnie the Pooh and, after finally agreeing to take a picture alone with the huggable bear, had called himself “brave.” That should have been a giveaway that perhaps he wasn’t ready for a dark horror film.

That trip was full of fantastic memories and picture-perfect moments like this one: 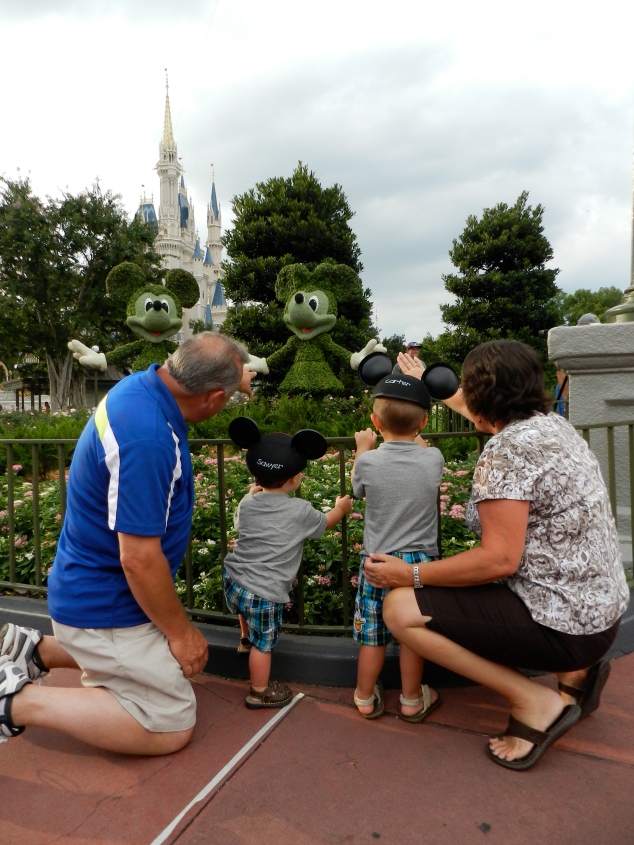 I’m so glad I got to experience my favorite place in the world with my nephews and niece. But I will never forget the terror I felt in that theater or my worry that my nephew was scarred for life. As we exited the theater and he admitted to the rest of us, “I was NOT brave,” I just wanted to hug him and say, “Me neither, buddy. Me neither.”

I most certainly will watch that show again on my next trip, but you can bet it will be with different eyes.