Episode 42: Countdown to Parkstinction – Disneyland:1955
Episode 41: Overrated
Episode 40: What Used to Be There?
Episode 39: Animated Films in the Parks: The 1970s
Episode 37: Park Attendance and Ticket Prices
Episode 36: Top Five Attractions in Need of Refurbishment

Disneyland is pulling out all the stops for its 60th anniversary. They’re offering . . . 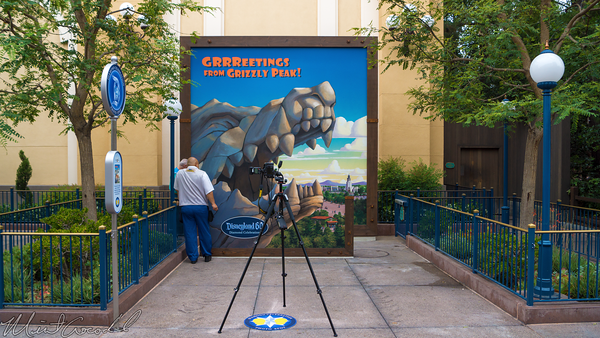 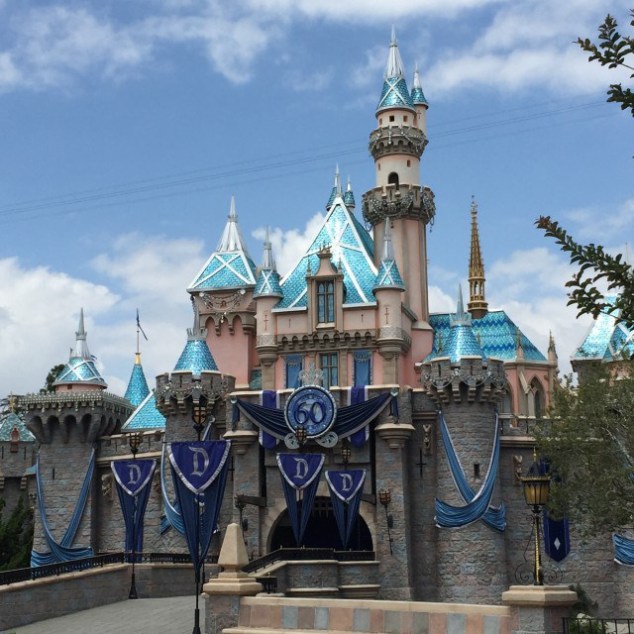 Also celebrating an anniversary this week is Splash Mountain, which opened in Disneyland July 17, 1989. In our quiz we discussed how one animal pops down from the ceiling and exclaims, “FSU!” Jump ahead to 8:11 in this video to hear it.

We got our hands on some photos of Disneyland in its opening year. Some were published in LIFE Magazine. They show many of the attractions and sights we mentioned on the show. 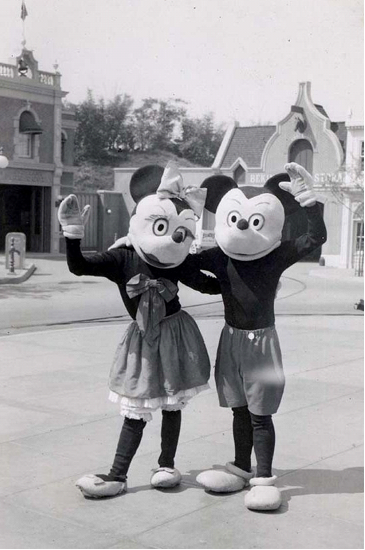 Would you like to ride a pack mule through Frontierland?

Or perhaps you’d like to visit Indian Village or ride the Mark Twain Riverboat. 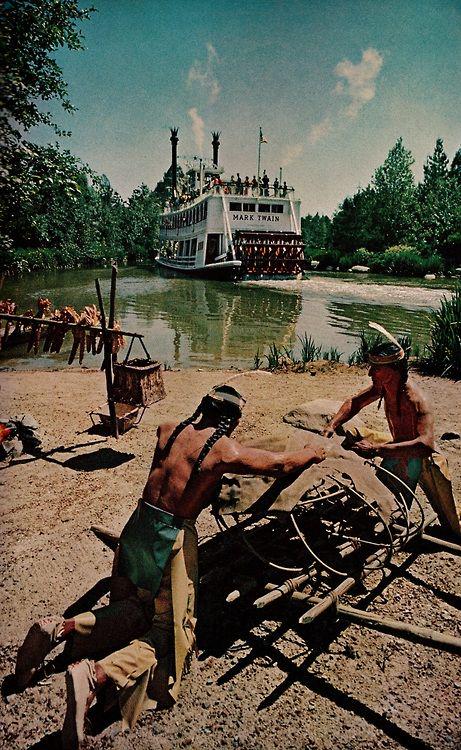 Don’t forget to take in a show at the Golden Horseshoe.

Be sure to ride Jungle Cruise if you’re in Adventureland. Ahoy, Skipper Walt! 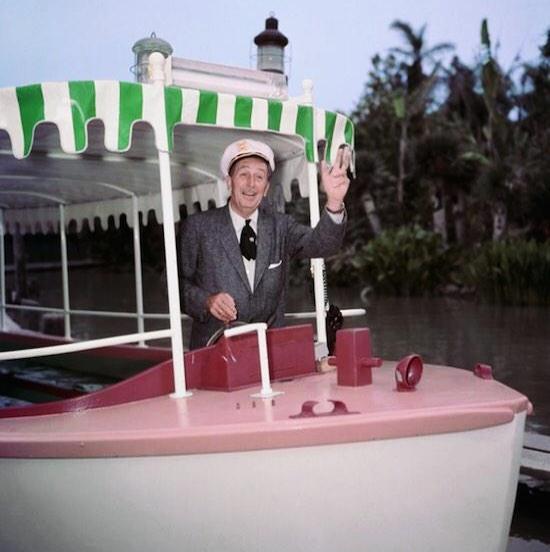 Over in Fantasyland, the Canal Boats of the World don’t look like much right now, but they will in 1956 when they become the Storybook Land Canal Boats and miniatures are added.

Tomorrowland is full of attractions that will be long gone by the time the park celebrates 60 years. For instance, if you ride the Tomorrowland Boats (later known as the Phantom Boats), you’ll be one of the very few who does so before they go away forever.

Another option is to watch “A Tour of the West” in the Circarama theater.

Tomorrowland is home to plenty of exhibits, like the Monsanto Hall of Chemistry and the “20,000 Leagues Under the Sea” walk-through. 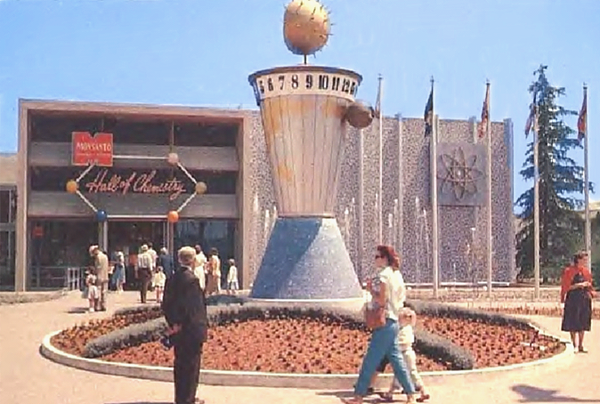 Autopia is one attraction you don’t need to hurry to ride. It will still be around in 2015, though it will be much safer then (and arguably less exciting). 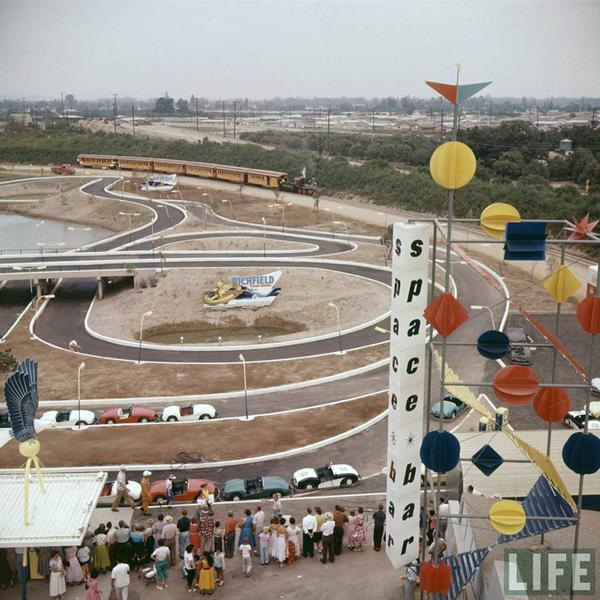 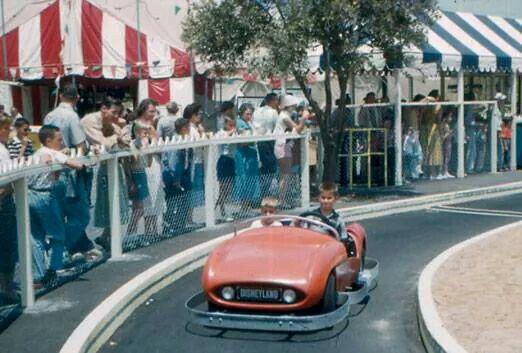 Thanks for joining us on this tour of Walt’s original Magic Kingdom. I hope you enjoyed your time at the Happiest Place on Earth!

In our new segment “Munchies and Merch,” we each listed a food item and a piece of merchandise we hope to purchase on an upcoming visit. Here’s a closer look at the items we mentioned.

Jeremy and Matt both want to try the macarons over at Les Halles Boulangerie-Patisserie in the France pavilion at Epcot. 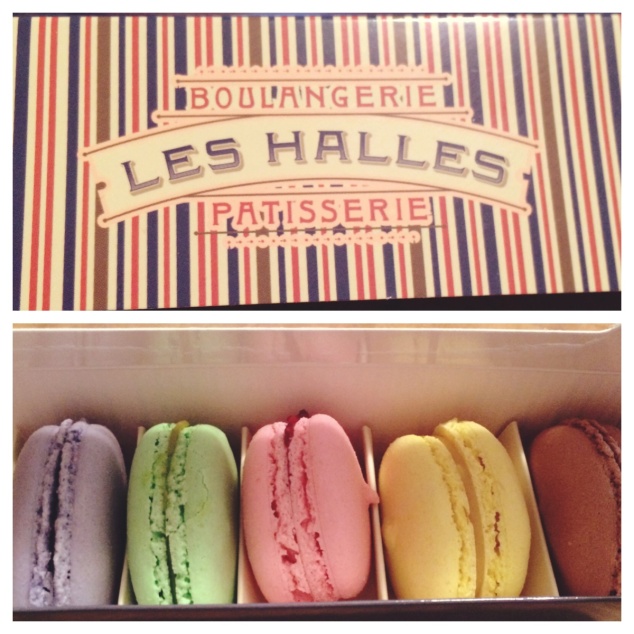 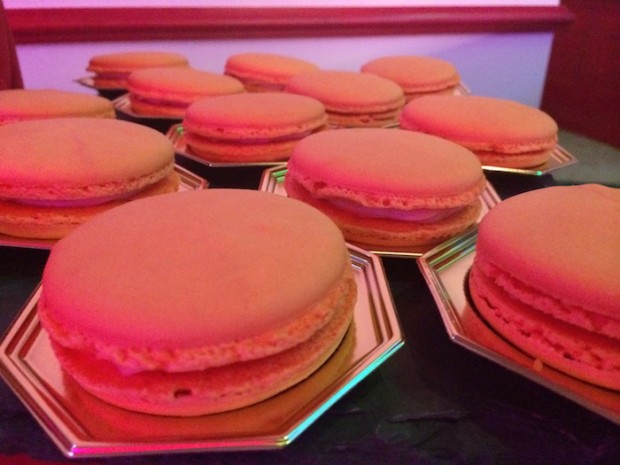 These aren’t to be confused with the Macaron Ice Cream Sandwiches at L’Artisan des Glaces next door, which Derek referred to on the show. 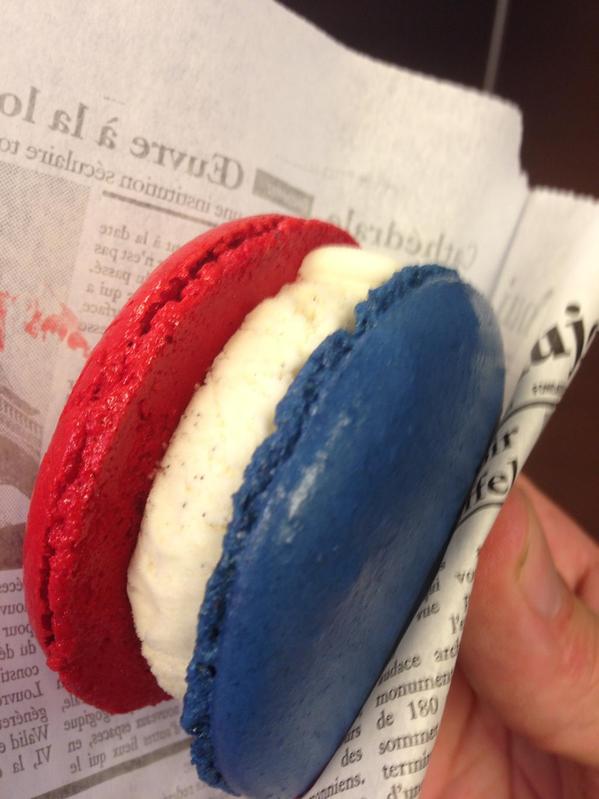 On Derek’s list of food items to try is the Cinnamon Sweet Churro Milkshake at Min and Bill’s Dockside Diner in Disney’s Hollywood Studios.

In the area of merchandise, Jeremy wants this limited edition, 60th Anniversary Dumbo t-shirt from Disneyland. 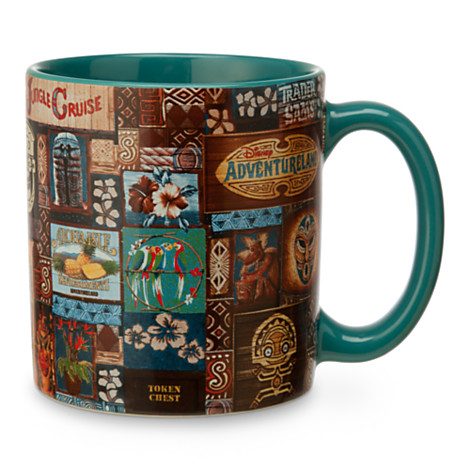 And Derek hopes to purchase this Tower of Terror-inspired artwork (center). 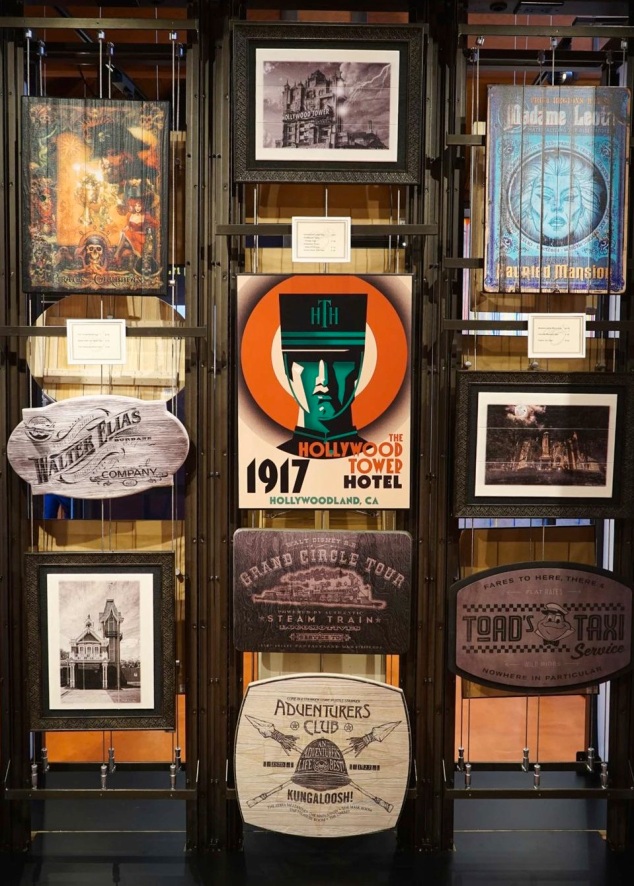 Here are some Walt Disney World experiences that were deemed “overrated” by the Mad Chatters.

Why: You can’t be guaranteed a great view of the fish. The fish themselves aren’t as interesting as the ones in the Seas With Nemo and Friends post-show. The food is underwhelming and not worth the price. Our personal experience with the waitstaff was very poor.

Why: It’s the most expensive character meal on property, though the food is no different from (and certainly not better than) most of the other buffets on property. The experience you get with the characters is no more special than the experience at other restaurants or even the meet-and-greets in the parks.

Why: There’s no denying this is a special, once-in-a-lifetime experience, but the prices are outrageous, and you can meet the Disney princesses in several locations on property.

Why: It’s touted by Disney as “signature dining,” which means it requires two credits on the dining plan, but nothing about the restaurant itself is special. Jeremy found that the food did not live up to the hype.

Why: Once a well-reviewed and beloved restaurant, this location became overrated when Disney turned it into a “signature dining” establishment and required two dining credits for it without changing or improving the menu. Many have said the menu has actually worsened in the last few years.

In the area of attractions, these were mentioned on the show:

*We really do love Walt Disney World. In fact, we love many of these attractions. We just don’t think some of them are as good as many claim, and they often aren’t worth certain wait times.

We also mentioned a few snacks that are overrated, meaning they either aren’t as good as many say they are, or they are too similar to snacks you can buy at the grocery store and therefore should be avoided in favor of more unique offerings.

Be sure to let us know your opinions on what Disney experiences are overrated. Send your list to comments@madchatters.net.

Episode 40: What Used to Be

In this week’s round of “The Good, the Bad, and the Ugly,” we critiqued Cast Member uniforms throughout Walt Disney World. Here are some photos of the costumes we mentioned.

We also gave a shout-out to another favorite of ours, the tour guides. 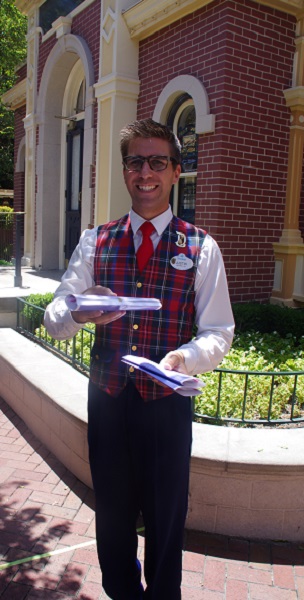 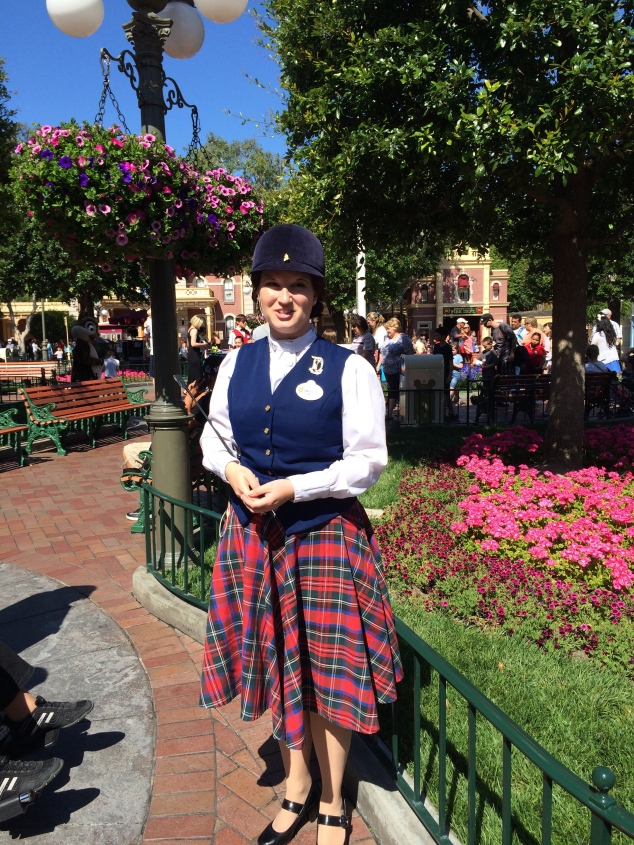 Photo provided by land.allears.net (Click on the photo to be redirected.) 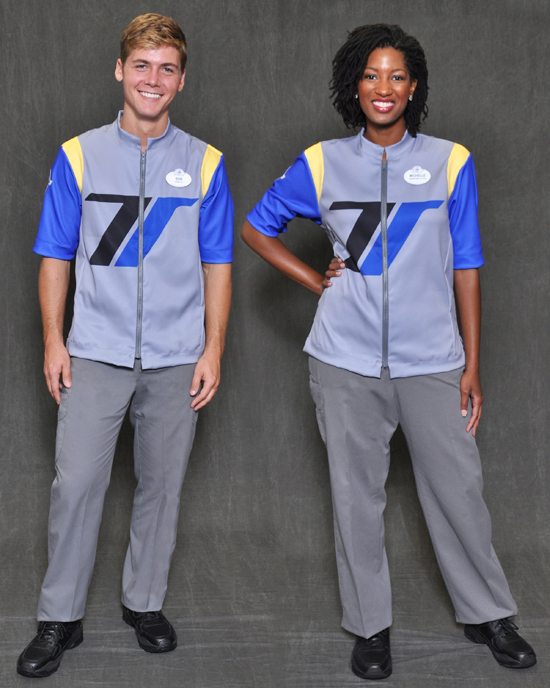 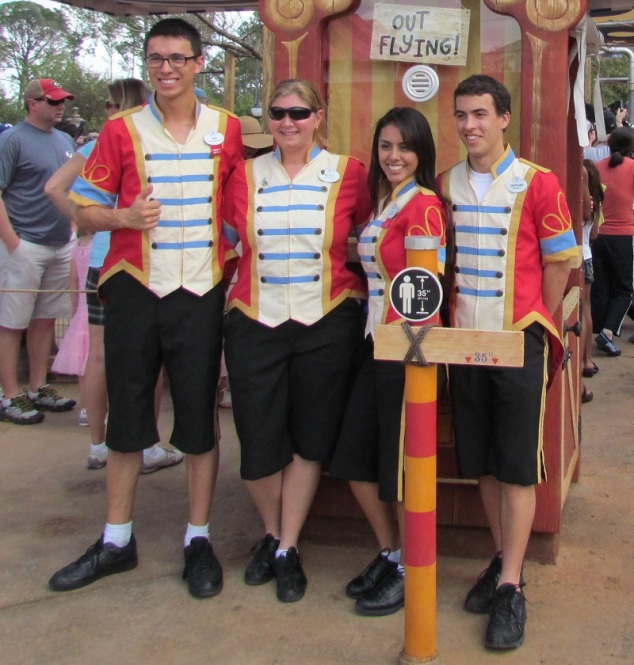 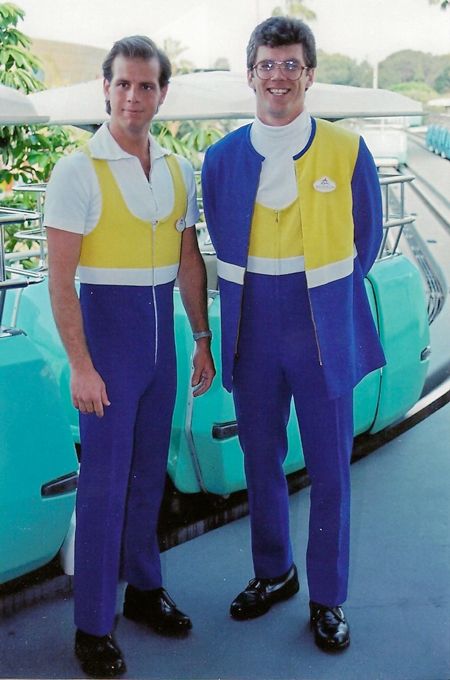 Photo provided by disneydining.com (Click on the photo to be redirected.)

What Used to Be

Much of the information we provided in our main segment came from personal knowledge of the parks, just based on personal experience as well as years of being interested in Disney history. However, we also used several online sites as sources.

For the Epcot attractions, one of our primary sources was lostepcot.com. You can click on the attractions/buildings below to be redirected to the respective website.

ImageWorks and the Magic Eye Theater

Here’s an image that got passed around the internet a few years back. It shows River Country in its current overgrown state.

We referenced blogger Shane Perez and his escapades on the now-deserted Discovery Island. Below is one of the photos he posted on his blog. You can read the entire entry here.

The final building we discussed was the ABC Sound Studio in Disney’s Hollywood Studios. This originally was home to the Monster Sound Show, as seen below. Last fall, the Disney Parks Blog looked back at this former attraction. You can read that blog entry here.

Frozen Ever After – Disney announced the name of Maelstrom’s replacement at Epcot and released the first concept art. The attraction is set to open in the spring of 2016. 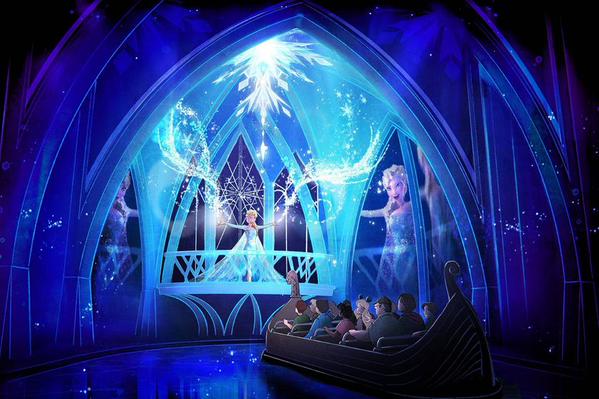 Animated Films of the 1970s

Below are some photos of characters from Disney films of the 1970s, as discussed on the show.

The Disney Parks Blog released a vintage photo (and article) about Scat Cat’s jazz band (from The Aristocats), which used to perform in Magic Kingdom. 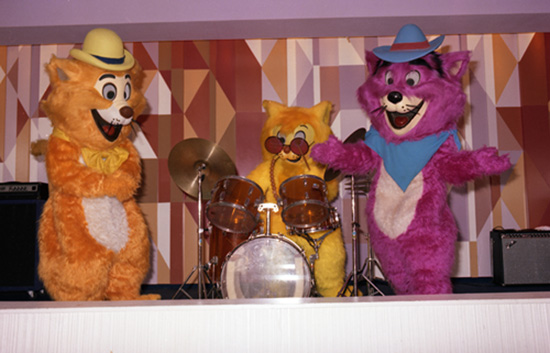 Robin Hood characters are nearly impossible to find nowadays, but here’s an early image of five (five!) of the characters who used to meet guests more regulary.

Bernard and Bianca from The Rescuers still meet with guests as walk-around characters in Tokyo Disneyland, as seen below. More recently, they were featured in the Celebrate a Dream Come True parade in Disney World as life-sized figures on the Aladdin float, but the parade ended in 2014. 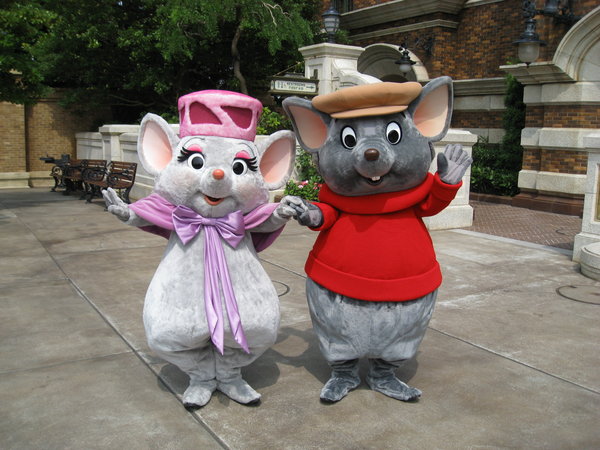 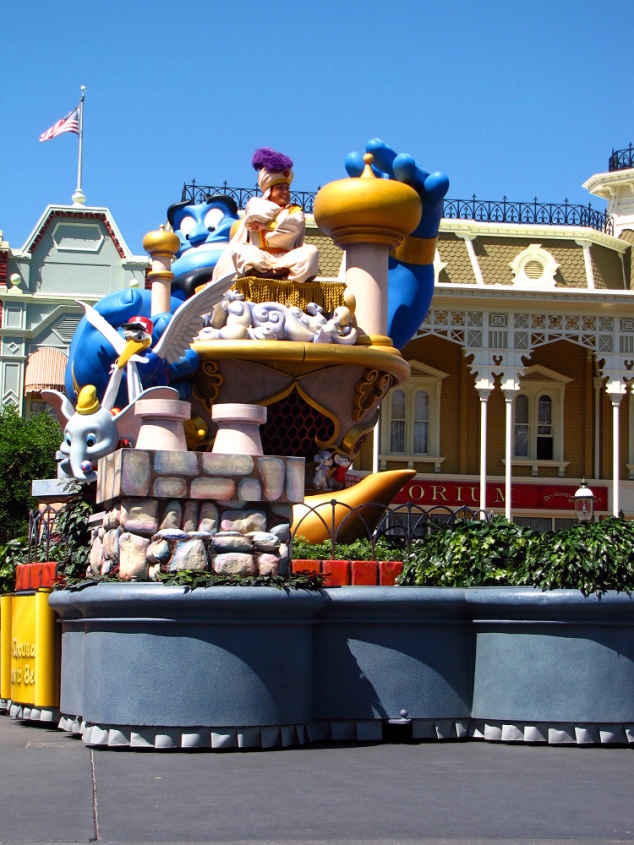 Cinderella Castle adds spires. As part of the refurbishment of Magic Kingdom’s hub, Cinderella Castle is expanding a bit. Below is an image of the original concept art. This week, two of the spires were put in place, to the right and left. 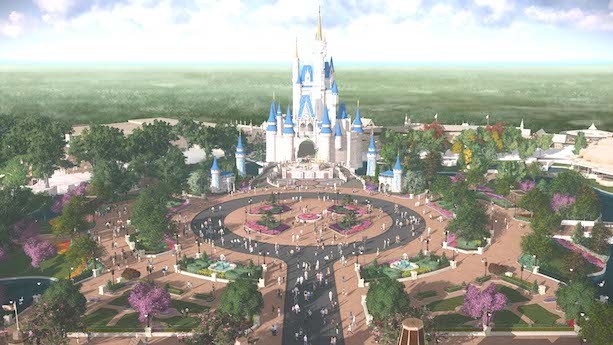 Jeremy gave us a tour of Walt Disney’s hometown: Marceline, Missouri. Here are a few photos of his time there, back in 2011.

Jeremy talked about a 1955 television set Walt bought for his sister so she could watch Disneyland’s opening ceremonies. The TV is now on display at the museum, and you can find more information about it here.

For more about the Walt Disney Hometown Museum, be sure to visit their website.

This week we reported on the Theme Park Attendance Annual Report, which was released by the Themed Entertainment Association (TEA) on June 3. You can find the full report here. Below is a list of the 12 most attended parks worldwide in 2014. (Correction: On the show, Derek said Universal Studios was ahead of Islands of Adventure in 2014 and 2013. You’ll see below that that was not the case. Diagon Alley is almost certainly to thank for Universal’s 17% increase in attendance.) 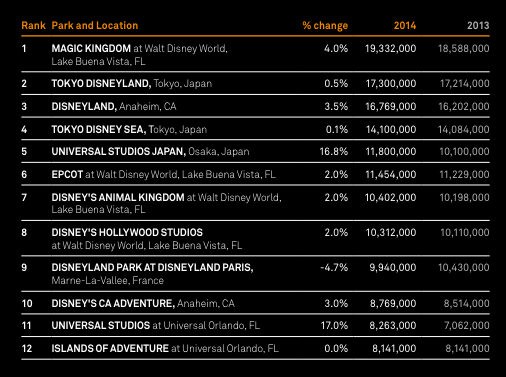 We also talked about a tiered ticketing system for Walt Disney World, which was proposed in a recent survey sent to guests. Here is a rundown of the tiers they are proposing. (Keep in mind it is all speculative for now.) 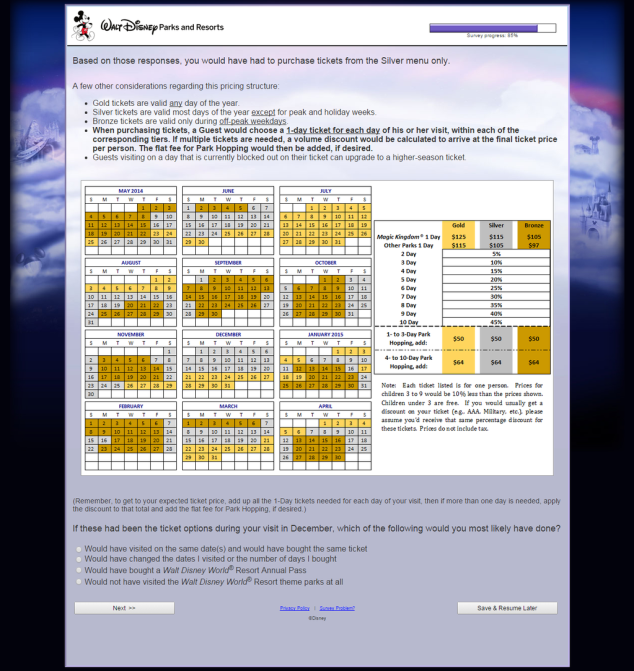 If you love the smell of Norway’s gift shop and want to recreate it in your house, Matt swears the Black Sands scent at Bath and Body Works will do the trick.

Derek is all about the new Disney/Vans “Young at Heart” collection. Here’s a quick look: 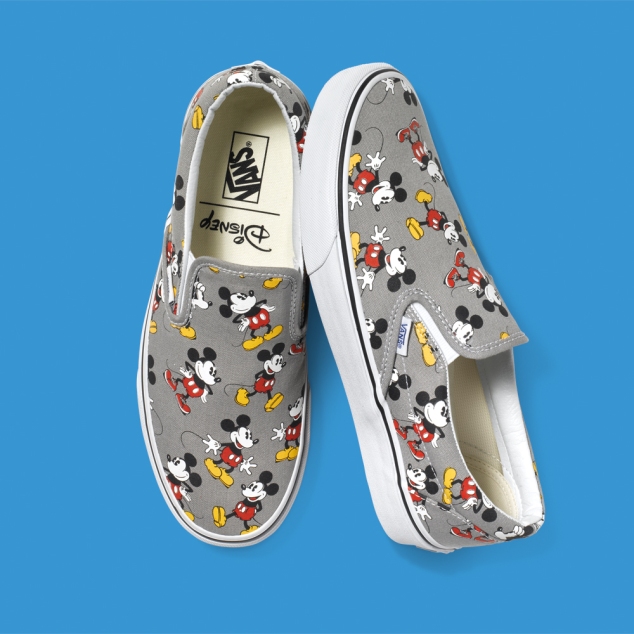 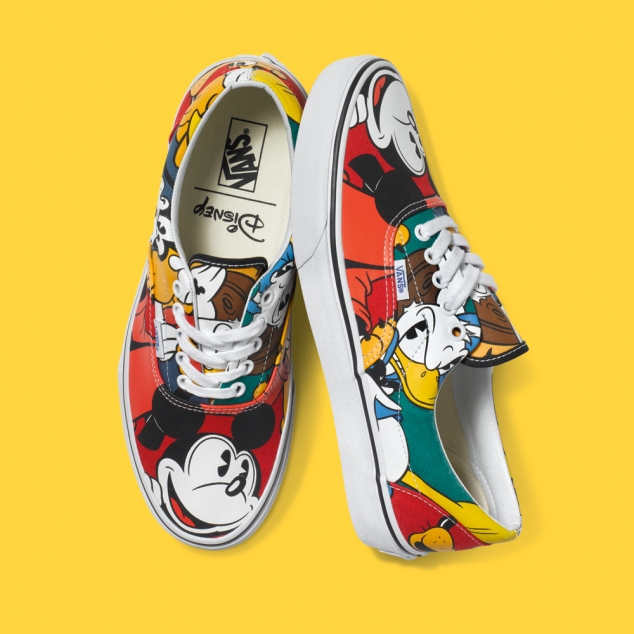 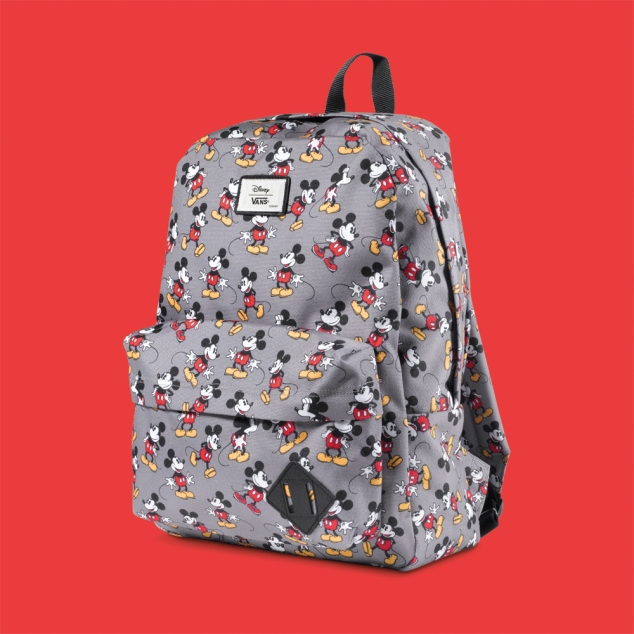 In our review of WCC, we mentioned a funny moment when our waiter brought Matt and Jeremy a gallon-sized Mason jar to drink from. And now, for your viewing pleasure . . .

5. The Many Adventures of Winnie the Pooh

1. Journey Into Imagination With Figment

2. The Seas With Nemo & Friends

1. Journey Into Imagination With Figment